SCATTER STORIES: How an HR Executive Reflects Jesus at Work 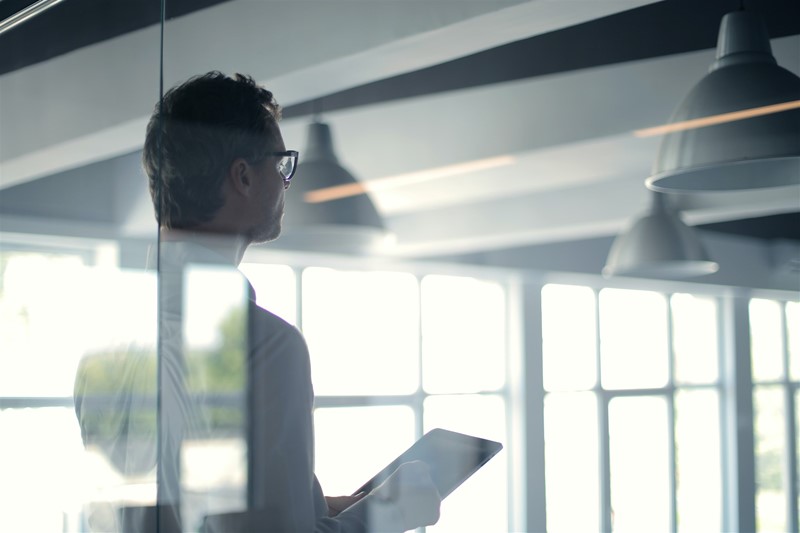 “God made me better with people,” Williams says simply. Williams is a Human Resources executive in South Africa. “That strength came through Christ – and then it just fit into my career.”

With a background in HR, Williams started out in the tech industry. “I found that I had a knack for understanding technology,” he recalls. “Many people know how to use a device, but they don’t necessarily understand what’s happening behind the scenes,” he says. But by working on the people-side of the industry in HR (hiring and conducting interviews), Williams naturally picked up the jargon and started to really grasp the roles, responsibilities, and industry culture. It didn’t take long until he was recruited by one of the biggest tech companies in Africa.

As Williams speaks about his career journey, his drive and ambition are evident. “I love working,” he says. “I love getting the job done; the satisfaction of ticking that box or (taking) a project from start to finish.” But more than anything else, it’s the people he connects with along the way that are his primary motivation to show up.

“It’s not just (valuing) the CEO because he has the weightiest title – and holds your promotion in his hands,” he says with a laugh. “It’s being friendly, connecting with, and treating people (like) they are the most valuable person in the organization – even if (they’re) not going to give you anything in return.”

And it’s through those interpersonal connections where Williams has seen God move the most.

“It speaks volumes when you value people not because of their role, but because of who God created them to be,” he says. “It’s about seeing the gold in them and pulling it out.”

Take the “Tea Lady,” for example. This is the person who cleans the kitchen, sets up the conference room, and makes tea for the senior staff in many South African companies. “It’s an important role – but people really neglect what she does.”

When people feel as though their role isn’t important or valued, they begin functioning simply as a cog in a machine, Williams explains. So, he intentionally took the time to see her and get to know her. Now, he remembers her not simply by her role but by the joy she radiated in their every encounter. “She’s a beautiful soul,” he says warmly.

Another time, Williams made a point to learn everyone’s name in a new HR department he had recently joined. Throughout the day, he went out of his way to greet everyone he passed – making an extra effort with those working in payroll. Why payroll? Because most of the time, “people only want to get to know payroll when there’s a problem with their pay,” he says. So, Williams chose to make an extra effort to value this often overlooked and unappreciated team.

These actions might seem small, but over time God used these daily, intentional moments to open doors for Williams, both professionally and relationally.

“I think they saw (Jesus) in me,” he says. “And because they fell in love with Him, they gave me favor.”

One such unforgettable ‘God-moment’ took place at his first job. He was a new portfolio manager and had developed a habit of praying in the empty kitchen break-room on his office floor. One day, on his way to pray, Williams ran into a new colleague.

“Hey, where are you running off to,” Dave asked as they passed in the hallway.

“In all honesty,” Williams replied, “I’m going to pray.” He was a little unsure how Dave would respond since they had never spoken about anything personal, much less faith.

As they headed to the kitchen, Dave began to open up. He shared about walking with Jesus in the past but then life happened. Things became difficult and his faith just grew cold. He gave up on God, Dave admitted.

Right there in that empty, kitchen break room, Williams led Dave to Jesus.

Over the years, God continued to position Williams for kingdom impact in and through his career. There were numerous job changes and even new cities along the way – and yet his desire to care for those he worked alongside remained his driving focus. And God continued to move.

Last year, Williams started another new job, this time as a Director in a consulting firm. It was a high-pressured position that demanded results. One day, his colleague, feeling stressed and overwhelmed by the pressure, messaged him from across the room.

“What's different about you?” she asked. “When everything’s going crazy, how do you have that peace and remain calm in the midst of it all?”

“In all honesty,” Williams messaged back, “it’s Jesus.”

She had a ton of questions – about faith, prayer, God – and as they messaged back and forth throughout the day, Williams led her to faith.

From CEO to tea lady, Williams has learned the power of reflecting God in the workplace. It’s not always easy, but others can see it, he says. “Our presence can make a difference.”

“I didn't always feel that I was qualified,” Williams says, referring to both stepping into new roles as well as having the boldness to share his faith when God presented opportunities. “I didn't feel like I did enough or deserved that recognition or opportunity,” he says. In fact, many times throughout his career he was asked to step into situations that required tremendous faith.

“I’ve learned that God is faithful,” Williams says. “(That) his strength is made perfect in our weakness – even in business.”

What would it look like for you to reflect the hope of Jesus in your workplace? Ask God to help you view your work through His kingdom lens.

Scatter Stories is a monthly series spotlighting how God is using everyday people in everyday jobs around the world for His kingdom.

When whining hampers work as worship

SCATTER STORIES: Making a Kingdom Impact in the Tech World

Charlie's Story – App Developer “I don’t know necessarily if this job is my cal...

"I don't take the Gospel to work, it takes me to Work"

Wow. What an incredible, simple, impact-full statement. In a blog titled, "How to Glorify God at Work,...