Women in the Workplace: Navigating Work, Life, and Culture in the Middle East 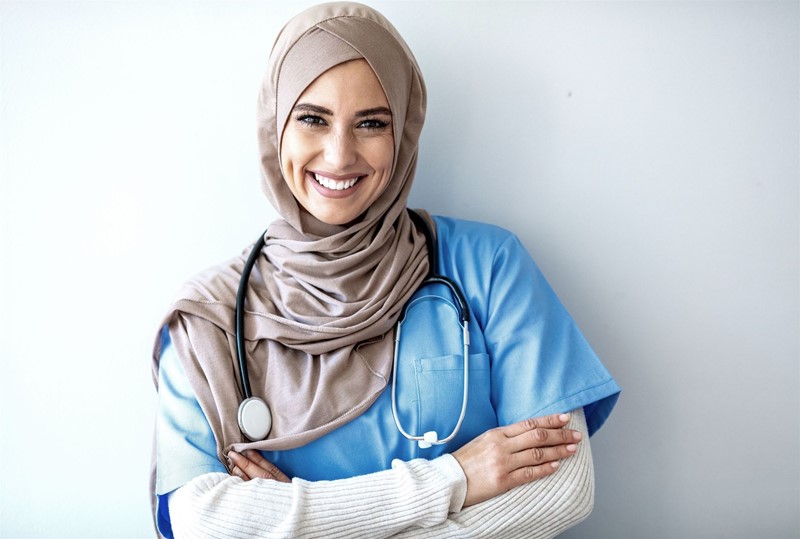 For many, transitioning from life in the West to the Middle East means absorbing a considerable amount of culture shock. This can be especially true for women: everything from putting on a hijab (head covering) to changing how you interact with men can be a major adjustment. The independence we value in Western culture is limited by laws, religious practices, and cultural norms in the Middle East.

For this reason, some women may hesitate to transplant their lives to the Middle East, whether for a temporary or extended period, anticipating the barriers to their work and freedom. However, navigating these differences does not have to be a significant challenge. In fact, learning to appreciate and accept cultural norms in the Middle East can afford women unique advantages, especially when it comes to sharing the gospel.

Hannah* is a nurse who spent a year working in a large government hospital in the Middle East. Having grown up in a Muslim-majority country, the limitations and expectations were second nature to her. She told us how learning to view these differences in a positive light, and understanding what opportunities they created, can help Western women adapt more quickly (and willingly) to Middle Eastern culture.

“I saw things like dressing modestly, avoiding prolonged eye contact with men, and respecting limiting laws as a way of showing that I was different than the Arab culture's stereotype of the West, and especially of Christians,” says Hannah. “Many people in the Middle East see American TV shows and assume that all Americans are like the characters on TV (including being "loose" sexually, drinking all the time, and generally acting without morals).

“The second, more harmful assumption is that all Americans are Christians. Because officially, all people from their country are Muslims, they assume the same is true in America. So those two assumptions combined meant that when I came in as a young, unmarried, American Christian woman, the baseline assumption was that I was loose and immoral.

So, “I chose to be more modest than was required of me, both in my dress and my actions, in order to counteract those stereotypes and prove that I was an honorable woman who loved and served God. I even chose to cover my head in public in my very conservative city. This was convenient because I drew less attention to myself, but it also served as an easy conversation starter.

“People would see my head covered and immediately ask, ‘Oh, are you Muslim?’ And I got to reply, ‘No, I follow Jesus, but I love and respect your culture, and that is why I'm covering my head.’”

Hannah also highlighted the numerous opportunities that women have in Middle Eastern culture that men simply do not.

“Only women have the opportunity to connect with local women (in this country),” she says. “And they are so fun and feisty and intelligent and bold.

“One of the most fun things I got to do was go to a few women-only parties where everyone took off their abayas (long robes) and hijabs or niqabs (veils covering the face). They dress to the nines and wear so much makeup that you can hardly recognize them! There's plenty of amazing food and coffee served in tiny cups alongside the best dates you'll ever eat. Everyone dances to music by famous Egyptian singers, followed by Taylor Swift!

“If parties are not your thing (and as an introvert, I get it) there are so many chances to connect one on one with local women. I had so many memorable conversations at one of my city's many coffee shops or (halal) burger joints where I got to talk about life, dreams, and God with interesting, deep, curious local women, many of whom had never met an authentic believer in Jesus.”

The Freedom to Discuss God on a Regular Basis

Another interesting cultural difference between the West and the Middle East is that God is frequently a topic of conversation.

“Talking about God is normal on a daily, even hourly basis,” says Hannah. “So I could easily ask questions to learn what my Muslim friends believed and freely share what I believed as well. Many people were even intrigued to hear or read stories from the Bible. The Torah, the Psalms, and the Injil (the Gospel) are all holy books acknowledged by their religion, and while most Muslims believe they have been changed or corrupted, many are open to reading and discussing what they said.”

But conversations were only one piece of Hannah’s impact. Her lifestyle, the values she modeled, the respect she showed, doing her work with integrity, and her genuine interest in others reflected the hope of Jesus in the everyday moments of her daily life. And people noticed.

Her life was attractive and drew others in.

Opportunities to Model Christ’s Love in the Workplace

Through Hannah’s work as a nurse, she was able to care for the community as she lived out the gospel.

“As a female nurse, I could take care of any patient, while my male coworkers could only take care of male patients,” Hannah says. “And of course, working as a nurse was an incredible way to meet the needs of individual patients.

“The hospital where I worked took many of the sickest patients in the country, some of whom traveled from hours away to be there. Treating them with gentleness, respect, and competence in my profession, along with making an effort to communicate in Arabic (even when I sounded like a preschooler!), was a very tangible way to bless them and their families.

“Another surprising business norm was that in my very international workplace, nurses doing the same job were paid vastly different salaries depending on their country of origin. This was rationalized by different standards of living and levels of expenses in the home countries, but it always felt wrong and uncomfortable to me knowing that I was being paid two or three times as much as some of my coworkers because I was American.

“An unusual way of reflecting Christ in this situation was choosing NOT to work overtime at the hospital. … Many of my coworkers from the Philippines, India, or Malaysia wanted that overtime so that they could send more money back to their families at home. I found out that many Western nurses worked a lot of overtime because they were only there for the money, and time and half on a Western salary was very good money!

So when I deliberately chose not to work overtime and instead allowed my coworkers to pick it up, it proved to them that I was not only there for the money, and they believed it when I said I loved their country. It also gave more weight to the times that I shared my faith because they saw it backed up by my actions.”

As a professional, Hannah was able to use her skillset to improve the welfare of the people in the country where she lived. “[The country I lived in] is not as physically needy as many places in the world, but they do have a very young population and a relative lack of highly trained workers to fill many of the jobs in the country,” says Hannah.

“There is particularly a shortage of local nurses, so bringing my nursing experience to the hospital where I worked was a natural way to fill a need.

"I was also able to train others even in the year I worked there, orienting other Western nurses to the unit and even working with a local nursing student.”

Advice for Women Considering a Move to the Middle East

Hannah knows that for most women, the adjustment to Middle Eastern culture will be more abrupt than hers. But she believes that it’s all about how you see your opportunities — and Who you represent. Here’s her advice for working Christian women who are considering moving to the Middle East:

“The best thing you can do is get to know people from the country you hope to move to,” says Hannah. “Learn about their culture, their beliefs, and their language, and bless them in the process by welcoming them into your world.

“Any amount of language you can learn before you leave will also be a great help. You don’t need to be fluent, but when you make an effort to learn the language, it really shows people that you care about them and their culture. Even saying a few words can really open up their hearts to you! Having a basic conversational level of Arabic, as well as learning some vocabulary specific to my job (medical terms, body parts, etc.) was an immense help to me in adjusting and thriving.

“When you arrive, keep that attitude of a learner. Enroll in language classes. Get to know your coworkers and others that you meet along the way. Middle Eastern culture is so hospitable, and when you show interest in learning, many people will be eager to welcome you and share about their country.

“Finally, some of the best advice I’ve ever gotten [is this]: The best thing you can do to prepare is to get as close as you can to Jesus and stay there.

“If you don’t already have a regular habit of meeting with Jesus and taking in His Word, start now. Moving to a very different culture is a big challenge, but His presence and His Spirit will sustain you along the way if you are walking closely with him, listening and obeying.”

Special thanks to Hannah* for her interview (*Name changed for security reasons).

By Sarah Galloway, Nurse Practitioner in the Middle East It’s been almost two years now, but it ...

By Sarah Galloway, Nurse Practitioner in the Middle East. There we were, practically boarding our int...